There’s a giant alien, shimmering tower that has landed on Earth and strange things are happening around it. A former (female) member of the military is summoned to make contact and find out the mysteries of this colorful alien tech.

Nope, this isn’t the plot for Annihilation (which was a horrifying, unique blast of a movie), but instead is the jumping point for Another Life, a sci-fi Netflix original that tries to be many things. 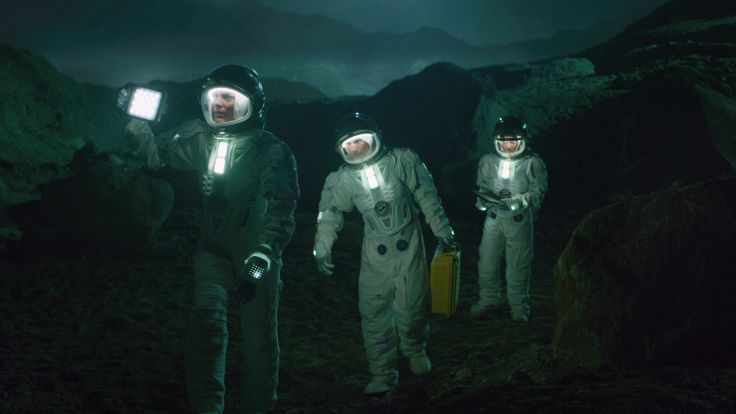 Do you like dream-sequences? Middle school dramatics? What about scenes of people running down nondescript space ship corridors?
If you plan to watch Another Life, you better enjoy all of those things, because you will get plenty of them.

The 10-episode show gets its start after a massive piece of alien hardware is planted on Earth. Much like the Arrival or Annihilation, the show features a female expert being called in to save the day (whether that is through first-contact like Arrival, exploration like in Annihilation or a mixture of both – journeying to an alien planet to make first contact, as in Another Life).

Niko Breckinridge, the main character, is called in to captain The Salvare, a starship that will be making the journey to Pi Canis Majoris, a far-off planet where it has been determined that the hunk of glowing is sending and receiving transmissions from. With Niko is a motley crew of young, good-looking professionals (I use that word hesitantly) who are all prepared (or should be prepared) for first contact.

While Niko and her crew are put into “soma” (like a cryogenic sleep) for their journey, her scientist husband, Erik Wallace, is studying the alien tech (called “The Artifact”) on Earth.

Of course things don’t go as planned, Niko and her crew are awoken prematurely from soma, bad things happen, and the 10-episode plot gets its start.

I have several issues with Another Life – but right off the bat, my first issue was with the crew itself.

Niko is an experienced soldier. She’s been in space. She’s seen tragedy. She is equipped to handle anything this mission will throw at her…but the rest of her crew? They look like they just graduated kindergarten last week.

The young folk placed enlisted into Niko’s crew are inexperienced young rookies. They don’t think logically. They don’t act like soldiers. They act like a group of kids who accidentally got on the wrong flight.

In the very first episode, when things start going wrong, instead of working as a team and working for the mission, this group of people fight amongst themselves, attempt to attempt mutiny and basically make more wrong choices than you’d think a group of educated, intelligent explorers would. These ‘kids’ are scientists, engineers, doctors, biologists, etc., and they are as dumb and emotionally-driven as a group of middle schoolers going through puberty; its downright embarrassing.

This is a group put together to make first contact, to make a good impression on a technologically advanced race of aliens…and these young punks are the best we have to give?
Unlikely.

They are flighty, think with their hormones instead of mental logic, they abandon loyalty at the drop of a hat, they are terrified and emotional and low on whatever intelligence we are told they have.

Then again…the show would have been a lot less ‘dramatic’ if it wasn’t for the fact that the crew members seem to be at each other’s throat or pants at every turn.
God forbid we have a sci-fi flick with actual, intelligent professionals (oh, wait, that was Annihilation. Go watch it. I love that movie).

My second issue was the relationships between the various crew members themselves.

Just once, for only once, that’s all I’m asking, I’d like to see a science fiction show geared towards adults that doesn’t depend on sex.
I really, really don’t feel like that’s too much to ask.

Another Life brings plenty of sexual tension, whether we like it or want it or not.

I’d like to see an adult sci-fi show that doesn’t have an episode that focuses on the cast being influenced by “Something Space-y” that results in a heightened Endorphin level for everyone on board.
Star Trek did it first – so I guess its branded into our cultural Sci-Fi DNA that we absolutely must have that one weird “Everybody is an Sexually Charged Animal” episode per show, huh?

It’s a trope that needs to die. 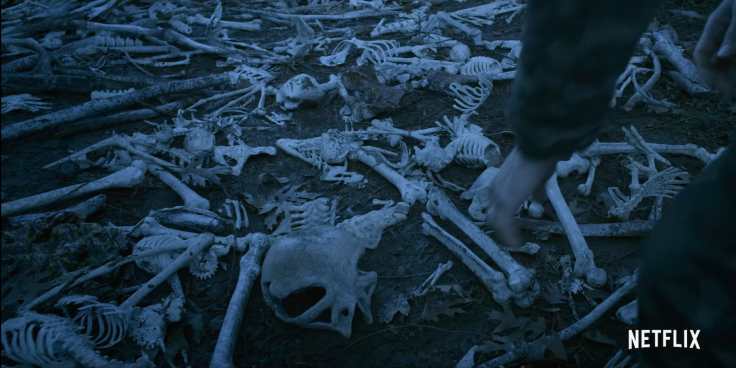 The show has it’s good points too, though:

– interesting and unique alien design.
– pretty space graphics (which don’t get used enough because the majority of the show has us stuck inside a dim space ship).
– it also handles the fall out of a friendship fairly well and shows that saying “I’m sorry” doesn’t always solve the problem, even if forgiveness is offered.
-decent cliffhanger at the end of season one, leading very neatly into season two.
– an actually-interesting bad guy.

Rotten Tomatoes called the first season of Another Life a “hodgepodge of science fiction homage.”
“Another Life lacks the distinctive spark necessary to set it apart from the array of stories it aspires to be,” the review site continues, and I have to agree.

I see bits and pieces of Another Life in many of its episodes – but it falls flat. For a show about humans saving humanity, it lacks a lot of human elements.
It turns the biggest personal conflicts that the characters experience into sex-scuffles over whose-sleeping-with-who, petty fights, needless mutinies and whining.

Another Life has made it hard – truly hard – to even like the majority of the cast. The only people worth really liking are Niko (even though you really get tired of her scowling and sad looks about halfway through the 10 episodes), William (the A.I. that pilots the ship – and eventually develops into So Much More) and Zayn, the crew’s medic who is one of the only people on that whole damn ship who actually thinks about others outside of himself and doesn’t start petty fights.

So is Another Life any good?

There is no definite answer for that. I’ve definitely seen worse – I’ve even watched Star Trek episodes that were worse than Another Life‘s whole run.
But Another Life still has a long way to go before I can actually consider it good.
It wants to be a new and unique tv show experience, and the show has been renewed for a second season…so someone out there must think it’s pretty special.

I can only hope that the next season shows the cast a bit more mature (emotionally and mentally) and maybe we can delve more into alien plots and William’s growth instead of bedroom escapades for the cast? Please?

It has the bones to be a lot more than what it was – if the right people with the right vision are able to see that.
Sci-Fi is a well-done genre, I get that its hard to come up with a truly original concept – but good science fiction doesn’t need to be fresh and new in order to be good at its core.
Another Life, if steered in the right direction (less whining, less unnecessary sex scenes, more aliens, more action that’s not based on petty arguments and love-hate relationships between crew members), could really be good.

It’s not there yet. But it could get there.
I’m just not going to hold my breath for that, though.

And as always, with any alien movie or show I watch, the one complaint I share between them all…it just…it needed more aliens, guys. More aliens. Star battles. Alien ships. I want less humans and more aliens!

Start a Blog at WordPress.com.